The project to reduce the emissions of Kosovo power plants through replacing the filters of Kosovo B coal power plant is now financially covered. The EU fully funded project at the cost of 76,4 million euros will completely revitalise the coal-fired plant and aims to drastically reduce pollution in Kosovo.

To revitalise the power plant and in order to fulfill European standards for using coal to produce electricity, the replacement of filters must take place. The Kos0va B filters were never changed since the plant became operational.

With the replacement of filters and installment of new filters with advanced technology, pollution would decrease significantly and that would impact the health and wellbeing of the population. Additionally, through the process of repair, it would also reduce the Nox.

The 76,4 million euros project to renew the filters of Kosovo B is completely covered by the European Union. Nonetheless, the project was delayed due to the outbreak of the coronavirus pandemic.

The project was due to start in 2020 and it was postponed for 2021 and due to the exacerbation of the pandemic, the start of the project was re-scheduled to start on February 1, 2022.

The project foresees that despite the filter replacement to intervene also in the process of coal firing in order to reduce the NOX pollution. The project is expected to be completed by October 15, 2023. Further, the EU experts teams will monitor the projects with its specialised teams that will oversee the implementation of the project.

This is an EU project and KEK is simply a beneficiary of the EU-funded project. Another project is the so-called FDG (SOX), the changing of the implant which is necessary to reduce SOX, and which is estimated to cost 100 million euros.

The project is expected to be completed by January 2028. Currently, the project is being prepared and it is in review procedure by the European Union. /Buletini Ekonomik/ 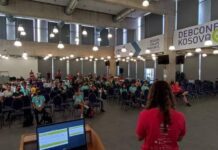 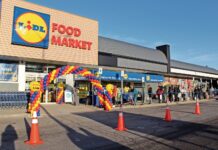 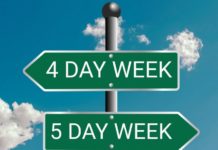 From a military base to an innovation center

Are power bills going up in Kosovo?